Will you let the call of the wild sway you? Or are your human years too precious?
Hubbabubbybaby & blackwolf059
Join this groupInvite friends
16
MEMBERS IN THE GROUP
617
MESSAGES ON THE WALL

~Once again a finished revamp!

~Name will be changed to 'Animus'

~Characters that are not roleplayed in a month will be deleted~

~No Birth or sexual scenes~

~You may have a crush/love interest with your own character~

(There is a large 10 bedroom house that the pack can sleep in, and also a massive den) 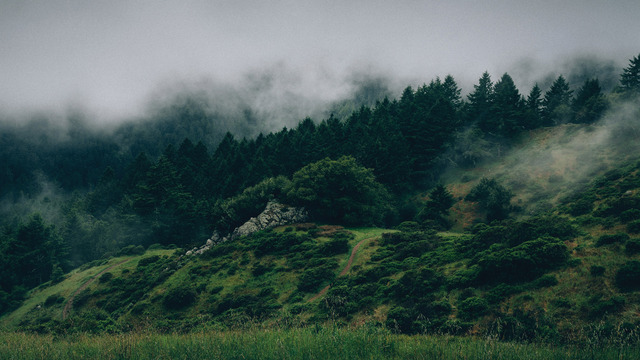 The cottage, which expands to the above territory. Cottage is the 10 bedroom house

The college, which the younger wolves and humans go to. Wolves that are in the college
can still interect with the Cottage wolves, and vise versa. 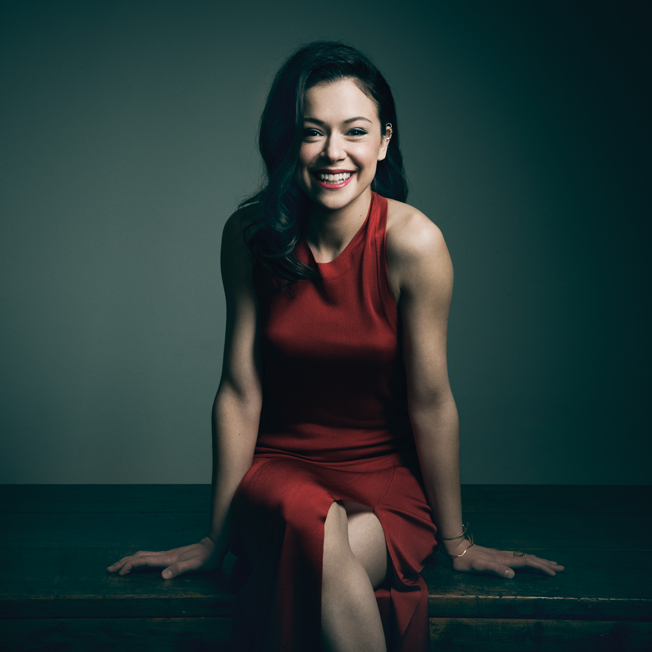 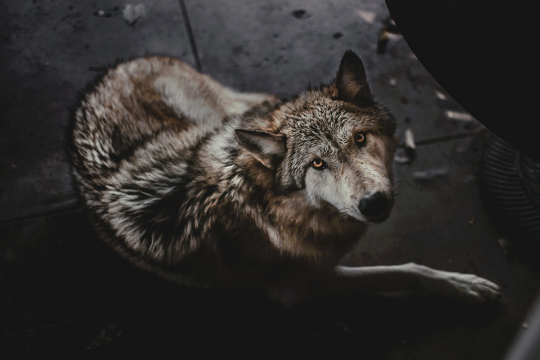 Nickname: Dom, which is what she prefers to go by.

Living Area: In the pack, quit college to care for the pack.

Ethnicity:  Werewolf (Loves being both)

Job: Caring for the pack. (In wolf, she's the Alphess)

Hobbies: I guess I like to hunt? Is that one?

History: She was born into the pack as a triplet (along with Hanna and Katanne), and her parents took more

pride and time caring and training Dom for the leader role. 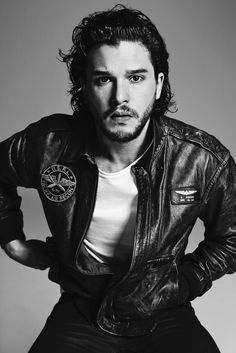 Hobbies: What if I don't have one?

History: Born as a rogue, merged into the pack to become the Beta. circumstance, can be stubborn, smartass.

Living Area: In the pack/goes to college.

Ethnicity:  Werewolf. (Human whenever she needs to be, but is mainly her wolf)

Hobbies: Going nightclubbing. You'll always find me at one, no doubt.

History: Born into the pack as a twin. 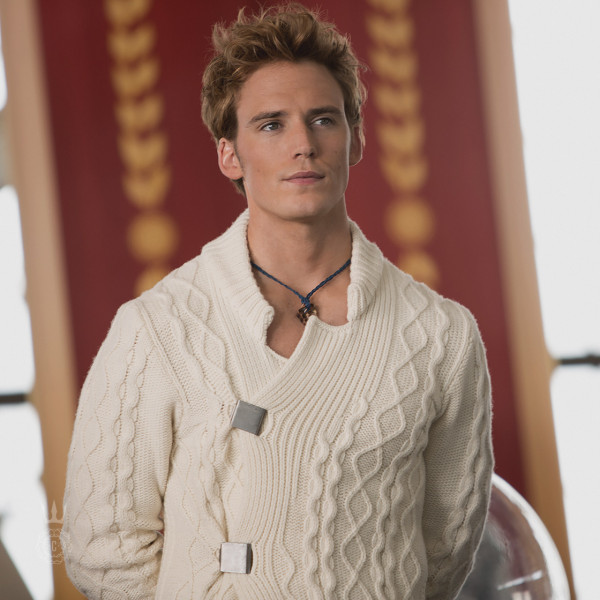 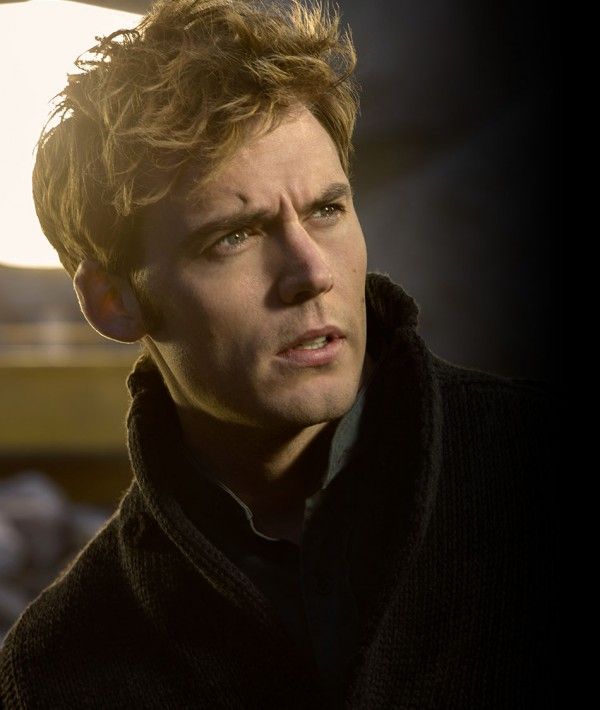 Living Area: With the pack/soon starting to join the college

Hobbies: Pretending to be a dog. Yeah.

Crush/Love Interest: Got me there~

History: Born and raised in the pack, alongside the sisters

Personality: nice loves music and likes to take walkes in the forest.

Ethnicity: is a werewolf but doesnt know it yet

History: is a well loved little teen but has a secret that she cant tell anyone or any werewolf! 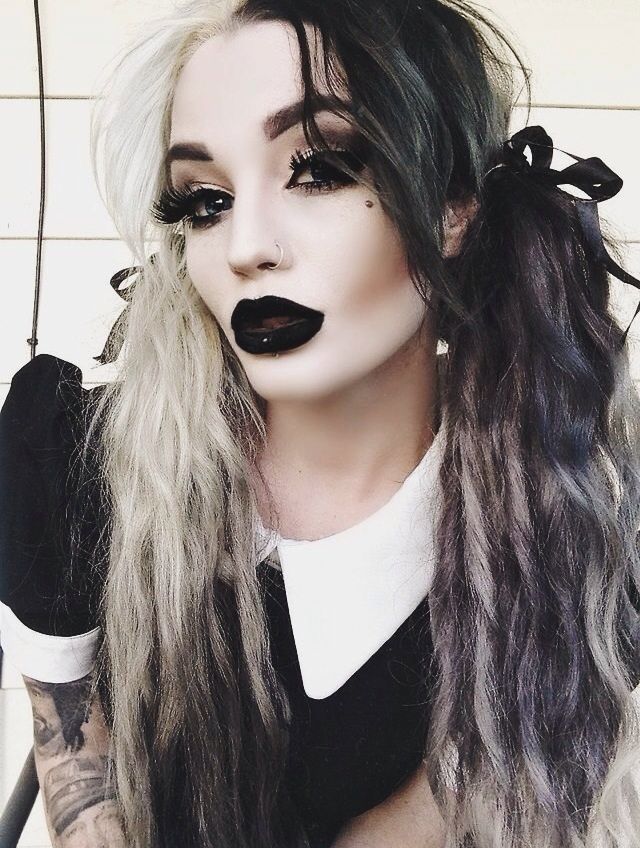 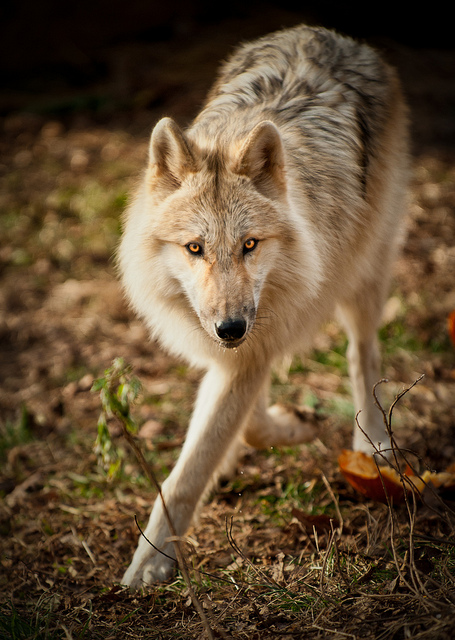 Living Area: at the college

Ethnicity: werewolf (she likes being both)

Job: she is a singer and DJ at the local club

History: She is the oldest of her siblings with her twin Dallas and the younger brother Stefan. When she was

thirteen years old she went on a hike and got lost. Not knowing where she was she turned around and headed

back before being attacked by a wolf. Since then she has been a werewolf and only her brothers know.

Other: She is partially blind in her right eye, has several piercings 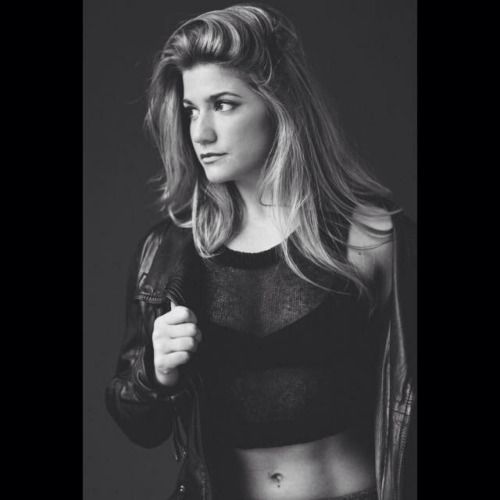 Living Area: The college/doesn't associate with the pack. Only talks with the girls of the pack (plus Spencer and

Job: Works at the Library

Other: She'll be in the same outfit (above.)(Jealous of anyone who dares go near Reagan.) Lesbian. Spain Vera
Nickname: Just Spain
Age: 17 years old
Gender: Female
Personality: Sweet, kind, caring, shy at first meet, submissive, quiet, pretty friendly, strong-willed.
Living Area: In the pack
Job: Works at a small cafe
Hobbies: Writing mostly and dancing, plus, when I can, figure-skating.
Crush/Love Interest: None
Bf/Gf/Wife/Husband: Ha, no
Children: Nope
History: Born and raised in a big city, she never found out she was a werewolf until she was actually ten.
Her mother was a single mom and was not a werewolf. She never had a good relationship with her mom, so
when Spain turned ten and found out she could transform, she ran. She was alone until she turned 15, and
then joined the pack.
Other: Not much
Played By: babymirella 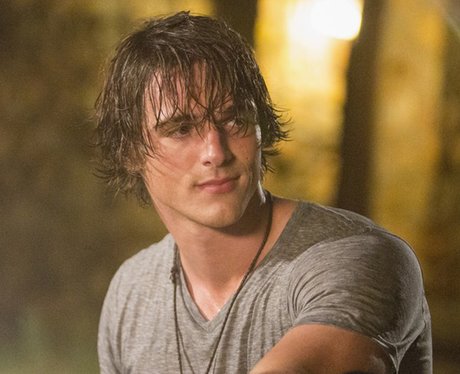 Personality: Loving, Sweet, Can be a player, Loyal, Tough, Always wins fights (between wolves and humans),

Living Area: At his family home, college drop out.

Crush/Love Interest: I haven't had a crush since I was 12.

History: Born into the Donavyn household. On the night of a full moon, I was riding my bike where I thought

I saw a puppy. I stopped my bike and went to get it, but I was ganged up on by a wolf who shortly after bit me.

Other: 'Popular' at school/college 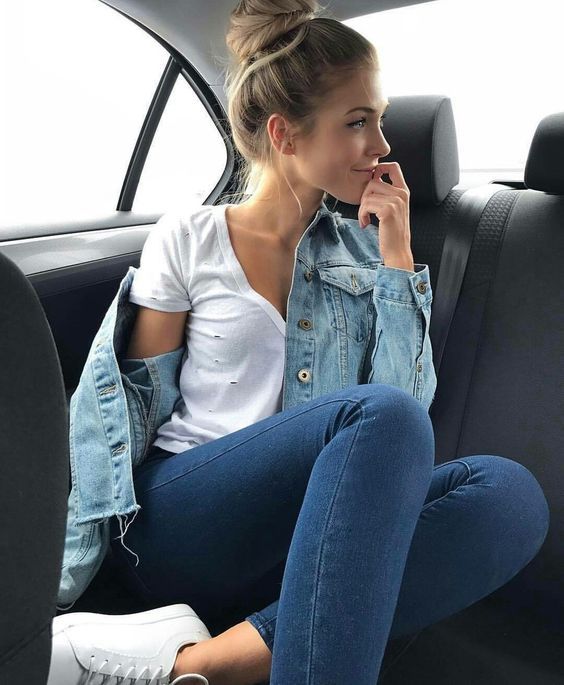 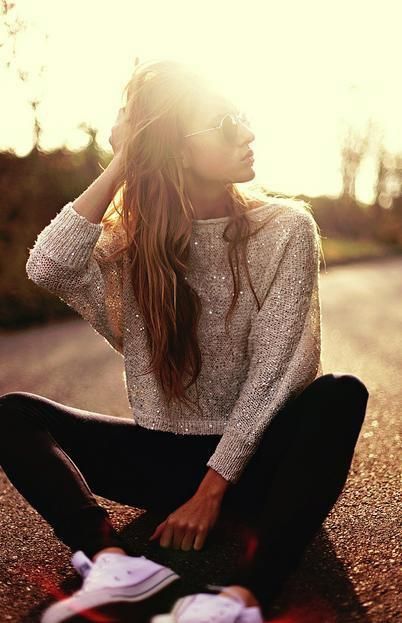 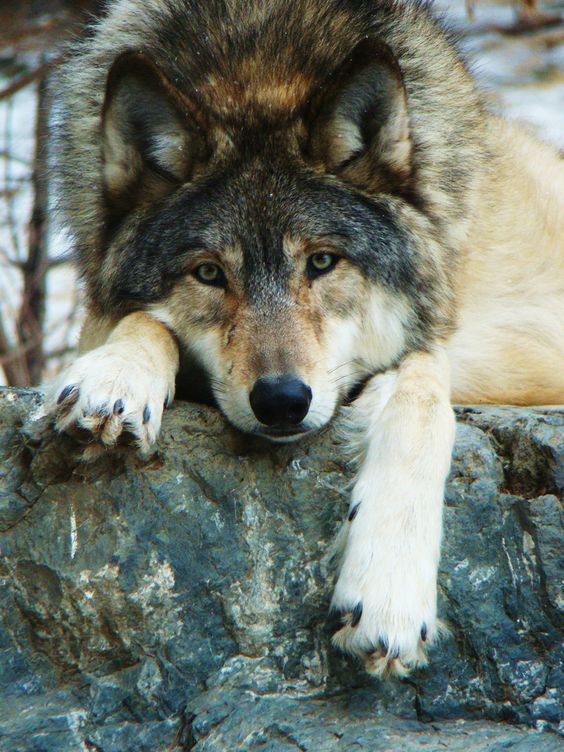 Gender: Female
Personality:
Thea is very fun and outgoing, she is serious when needs to be however loves a good dose of

humour. She is a very reliable person and can most of the time be counted on. Sometimes she can be a bit of a flirt,

without even trying to be. She is a dare-devil type person and usually pretty honest.
Living Area:
I love living in the forest with my pack however sometimes I join in on the humans social life.
Job: N/A
Hobbies:
Star gazing, howling to the moon, swimming, and nature.
Crush/Love Interest: Not sure, maybe Cas.
Bf/Gf/Wife/Husband:
None.
Children:
Would be nice.
History:
She was born in Ireland, however moved to this pack when she was 15.
Other:
Is originally Irish and although her accent has adapted she still has a slight Irish accent.
Played By:
dogsonthego 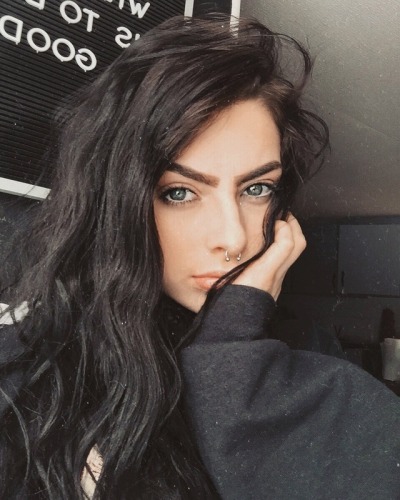 Name: Rhaella Marie Tavion
Nickname: Rhae
Age: 19 years old
Gender: Female
Personality: Rhaella is your creative and strong willed girl, she has looks that can kill but a girl who has a heart of gold. She can be sometimes what they call ditsy. Rhaella isn't the girl who likes to be seen but is always in the shadows seeing things that she doesn't wanna see. She is mischevious and likes to taunt.
Living Area: At the college
Job: (coming soon)
Hobbies: Rhae enjoys reading and drawing art.

Crush/Love Interest: Grimsby for sure!
Bf/Gf/Wife/Husband: None yet
Children: None yet
History: It's simple. Rhae was born into a werewolf family that never wanted her because she wasn't a boy.
Other: Rhae hates her family.
Played by: Troicstory Living Area: In the college

Job: Works at the bar/nightclub

Hobbies: Well, I work at the bar/nightclub. When I'm off shifts, I'm probably still there. Screw college.

History: Always lived here, been here. Took a while to get to where I am, but I'm here. 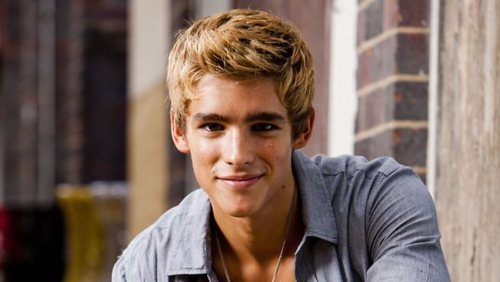 Hobbies: I spend most my day with my friends.. My flea-bitten friends.. Haha..

History: Born in Maine, moved over here and started college 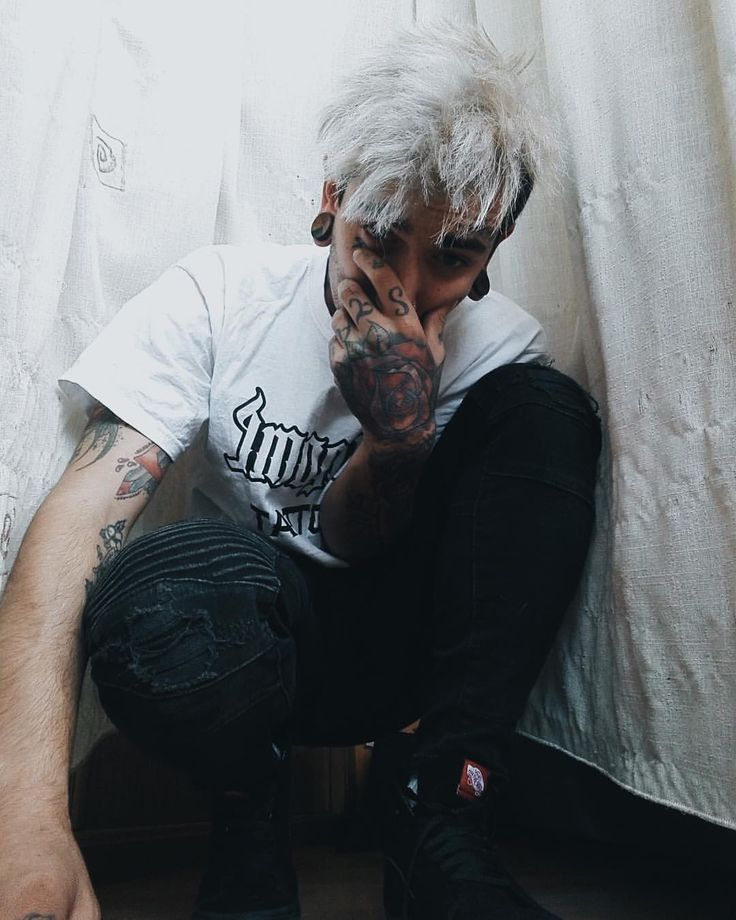 Job: is a bartender at the local club

History: He is the oldest alongside his twin sister Angelius. From a young age he was known to cause mischief

and was diagnosed with ADHD at the age of twelve. When his sister was turned he was the first to find out and has been

good at hiding her secret.

Other: He loves skateboarding, he is always at the club 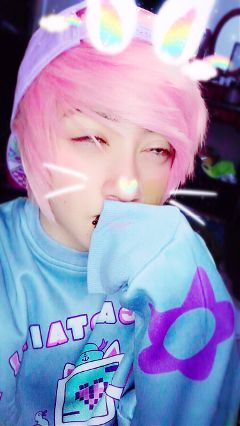 Living Area: at the college

Job: he works at a record shop

spent most of his days inside as he was bullied from a young age. When he was ten, he got in trouble for

punching another boy in the face. Being the youngest he didn’t learn Angel’s secret for a few years.

Other: he is bisexual Living Area: In the college

Job: At the nightclub, serving out drinks.

Hobbies: Is it your business? Thought not

Children: I'm going to pretend you didn't ask me

History: Born and raised in Philadelphia, moved here for college. Used to date Addilyn, but we stayed friends (For

Other: You guessed it, Lesbian goth! Nicely done! (Super jealous of anyone who talks to Addi, real talk.)

Old roleplays have now been deleted.