How To Stay Safe From Love **Human Rp**

Staying safe from love.... 1 step only..... DONT FALL IN LOVE....
WolfLover2015 & tabbycat5
Join this groupInvite friends
23
MEMBERS IN THE GROUP
197
MESSAGES ON THE WALL
How To Stay Safe From Love
Rules:
~No Swearing/Cussing ~
~Nothing Inappropriate ~
~Hate The Character,Not The Player~
~Be Nice~
~No Doing Anything To The Character Without Permission From The Player~
~Unlimited Characters~
~Feel Free To Ask To Play An Open Character (If Any)~
~Don't Ask To Be Manager Unless You Are Putting Up Pics For Your Character~
Adult Form:
Name:(first,middle,last)
Nickname:(optional)
Age:(18-60)
Gender:
Crush:(anyone)
Boyfriend/Girlfriend:
Husband/Wife:
Children: 
Looks:Jet black hair with brown eyes
Personality:Jealous type, protective of loved ones, breaks rules(sometimes), attractive, fearless, loyal, lovable, short temper, caring, bad boy
Pets:None
History:He was bullied throughout his whole childhood and his mum died when he was 10 years old making his dad become abusive towards him and his sister when he was old enough he moved out taking his younger sister with him. He became a alcoholic but has recovered from it.
Other:He has scars on his wrist from cutting, is often in fights and has a tattoo on his wrist of a feather and one on his chest which is a wolf.
Played By:tabbycat5

Name:Lilly Ariana  Summers
Nickname:Lil
Age:17
Gender:Female
Crush:None
Boyfriend:None
Children:None
Personality:Caring, sensitive at times, friendly, Jealous, honest, speaks her mind, loyal, sweet and is easily pleased
Family:Brother named Jett
Theme Song:Hide away by Daya
Looks:Dirty blonde hair with green/blue eyes. dimple on left cheek and a few freckles.
Other:Adores her brother Scott and her cat, she doesn't let others walk on top of her and hates being bossed around she also has a British accent
Pet: Cat named Snowy
Played by:tabbycat5
Name:Skylar Rose-Ann Clark
Nickname:Sky,Ski,SK,Scar
Age:18
Gender:female
Crush:Jett
Boyfriend/Girlfriend:looking
Husband/Wife:No thanks
Children:no thanks
Looks:blue hair(often black,red) with baby blue eyes
Personality:Kind,Protective,Helpful,Sweet,Attractive,Depressed,Loyal,Friendly,Sensitive,Shy
Pets:Ash and Lilly
History:she was abused her whole life, bullied her whole life. She hates yelling,loud noises. She barely talks to people. She lost her mother at the age of 15 and her dad abused her. Her brother,Jacob, left at 18 and moved away
Other:she adores her dogs. There's scars on her wrists and arms from cutting. She still does it to this day and hopes to find her true love that will tell her to stop
Played By:Wolflover2015 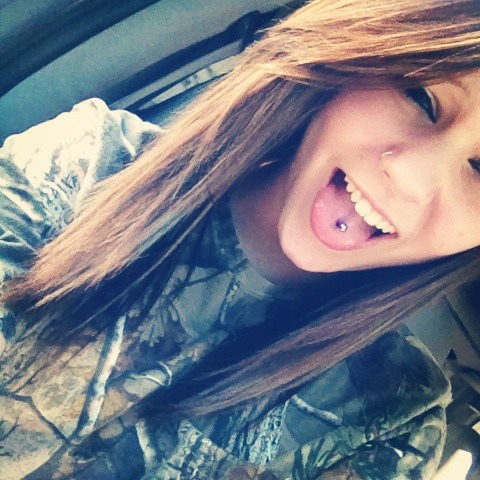 Name:Alyssa Ellison Everest Clemmons
Nickname: Ellison Please :3
Age: 18 Almost 19
Gender: Female
Crush: Jett <3
Boyfriend/Girlfriend: None Yet..
Children: None Yet..
Personality: Brave,Helpful,Smart,Independent,Charming,Attractive,Sticks To Her Commitments And Roots,Party Girl,Sweet,Friendly,Determined,Dedicated To Her Animals,Funny And Shy She Can Become Jealous Really Easily Loves To Explore.
Family: My Brother Who's In The Army .
Theme Song: Scars To Your Beautiful By Alessa Clara
Looks: Short Brown Hair Up To Her Shoulders Has A Nicely Built Body Then Stands At 5'2-5'3 , Has Braces And Then Sometimes Dyes Her Hair Diff Colors Black Is Her Favorite . Has A Few Tattoo's The A Tong Piercing .
Other: She Loves Star Bucks,Plays Guitar And Basketball Is Extremely Good At Singing Sometimes Sings For The Parties At The Beach :} Then Horses Are Her Passion She Loves All Animals ! But Works As A Vet .
Pet: Heidi And Joker
Played by: Troicstory
Name: Jayden Scarlet Jaymes
Nickname: Scarlet
Age: 15/16
Gender: Female
Crush: Secret
Boyfriend/Girlfriend: I wish
Children: Uh no I don't even know what love is
Personality:shy , kind , caring , smart , sneaky
Family:they abanded her
Theme Song:safe and sound
Looks:blue eyes and long black hair
Other: Always shy around guys, never really talked to others much
Pet: Rocky her pitbull
Played by: minecraftfozy
Name: Emily Jade Watson
Nickname: None
Age: 19 years
Gender: Female
Crush: Jett
Boyfriend: Dead
Husband: Not yet!
Children: None
Looks: Beautiful girl with long straight blonde hair
Personality: Rebellious, Fierce, Protective, Fearless, Friendly, Rule-breaker, and Kind
Pets: A cat called Tiddles
History: Her parents died in a car crash when she was 4, and she grew up in foster care until the at age of 15, she ran away to live with her aunt. While there, she made a friend, but after a few months he started to abuse her. One day, he was about to beat her up, when she was saved by a boy 3 years older than her. He was a criminal who cared for no one but Emily. They started a relationship, and the boy started to turn her away from the law, and they became wanted by the police. The boy, called Dave, was shot dead by armed police, while Emily escaped, and moved to this country. She still blames herself for what happened.
Other: Still breaks the law and has a tatto on her am of a wolf.
Played by :Wolflover292
Pets:
Name:Ash
Age:2 years
Gender:male
Species:dog
Personality:kind,protective,heroic,caring,sweet,lovable,loyal
Owner:Sky
Other:he has black fur and Amber eyes
Played by:OPEN
Name:Lilly**Lil**
Age:1 year
Gender: female
Species:dog
Personality:same as Ash
Owner:Sky
Other: white fur and blue eyes
Played by:Wolflover2015 Name: Heidi
Age: 2 Years And 7 Months
Gender: Female
Species: She's Half Border Collie And Shiba Inu
Personality: Sweet,Protective,Loyal,Gentle,Quiet,Warm,Charming And Playful,Skiddish Around Other Dogs..
Owner: Ellison Clemmons
Other: She Loves Walks And To Play Ball In The Park , She Barely Gets Along With Other Dogs.. She Was Abused And Then Dumped Until Ellison Saved Her .
Played by: Troicstory (Phone spazzed out let me rewrite it :/) Jackson nodded as e began creeping up on them. Lilly was too invested in him to see what was happening.

"I'm an independent woman. I can do it on my own." She teased.

"I understand, if I helped you undress, you wouldn't want to stop there." He teased back with a playful wink.

She rolled her eyes and rushed upstairs. She quickly threw on a pair of shorts and a tee shirt.

Jackson got up and put everything away for Lilly.

"I don't know how to deal with him." She joked.

Lilly giggled. Jackson wrapped his arms around Harlee." You have done a great job so far." He said.

"I agree." She responded kissing his cheek.

He grinned when shevkissed his cheek." How cute." Lilly smiled.

Harlee turns bright red. "So uh what are we doing today? Baby shower planning?" She asked.

Lilly nodded her head." Yeah we should." Lilly agreed. Jackson rested his chin on her shoulder.

"I don't think I'd be much help but sure." Jackson said.

She laughed. "I think i will help with the gender reveal. " harlee exclaimed

Lilly nodded her head agreeing with her." I want fairy lights for the baby shower." Jackson grinned.

3 years and 2 months ago

Jackson giggled and kissed her cheek. "I can't wait until this one meets the world." Lilly said.

3 years and 2 months ago

How To Stay Safe From Love **Human Rp**

No Body Is Perfect **Human Rp**